knowing everyday you hate me but i don't like you i love you and i don't need you i want you hate, by jessie

Some of the key players in the media like the BBC, NME, Kerrang and The Guardian have already managed to publish their articles following the MCR protest on 31st May 2008. Here is my account...

I managed to attend the MCR / Emo protest with my girlfriend Vicki to support the emo scene on behalf of soEmo.co.uk (and to hand out some flyers to promote the online emo community)

The venue changed last minute and the majority of protestors congregated around Marble Arch from 10am to 10pm. Numbers were in the region of 150-200 throughout the day with the majority being young teenage girls. In addition, following discussions with the police up to 40 fans were allowed to protest nearby outside The Daily Mail offices.

The atmosphere was that of a friendly nature without a hint of the false Daily Mail claims that the emo scene is a dangerous "suicide cult"! No trouble was present at the peaceful protest. Passionate MCR fans full of energy sang key MCR songs and many held banners and wore homemade clothes with positive slogans and MCR lyrics such as "Think happy thoughts" and "I'm Not Afraid To Keep On Living". There were free hugs, dance-offs, a conga line and a lot of chanting including "F*ck the Daily Mail".

Some could argue that it was more of a friendly gathering of 'emo people' and didn't achieve anything. Another view is that these kids should be protesting against more important world issues rather something so trivial.

However, even though the majority comprised of young teenagers; they were dedicated fans there to defend their favourite band. Various media bodies were present and stories are plastered over the Internet stressing the friendly atmosphere so at least some parents and the media can see how wrong Daily Mail are. The protest certainly would not have gone ahead if their claims weren't so ludicrous.

Newspapers such as The Guardian state that the "atmosphere was more carnival fairground than protest", but this was simply down to the young age group. This also hinders the impact of the protest as youths aren't always taken as seriously as adults.

The Daily Mail even issued a statement at the same time as the fans took to the streets.

The paper said: "The Daily Mail's coverage of the 'Emo' movement has been balanced, restrained and above all, in the public interest. Genuine concerns were raised at the inquest earlier this month on 13 year old emo follower Hannah Bond who had been self-harming and then tragically killed herself."

As expected they haven't learnt since the ignorant poorly researched article titled "EMO cult warning for parents" in 2006 by Sarah Sands.

Well done to 16-year-old event organiser, Anni Smith. Her effort stresses that the youth of today should be heard as this protest will hopefully reassure parents worldwide. 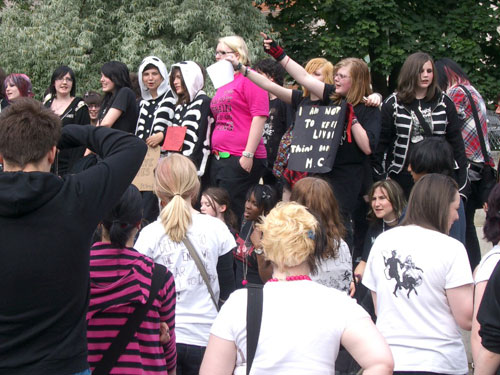 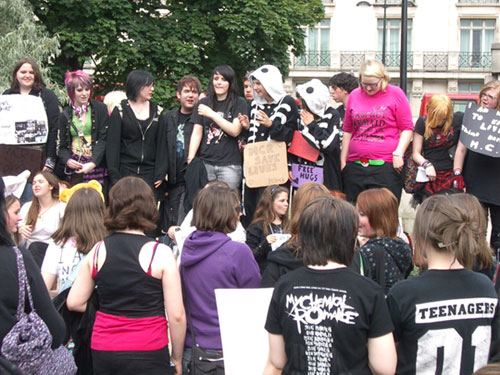 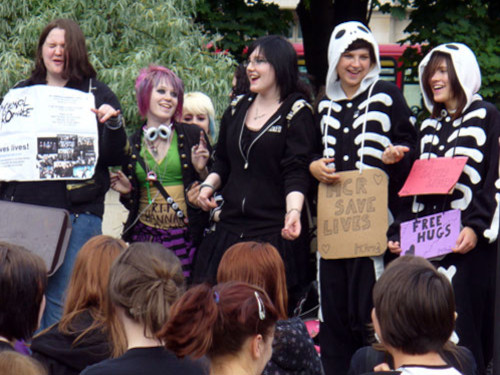 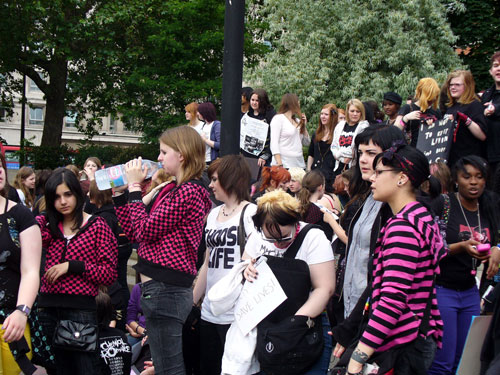 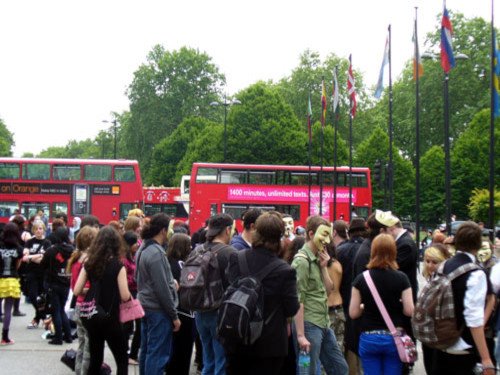 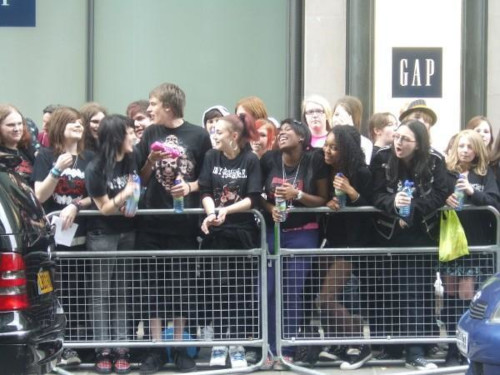 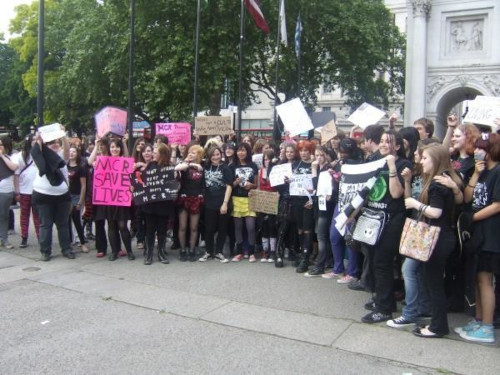 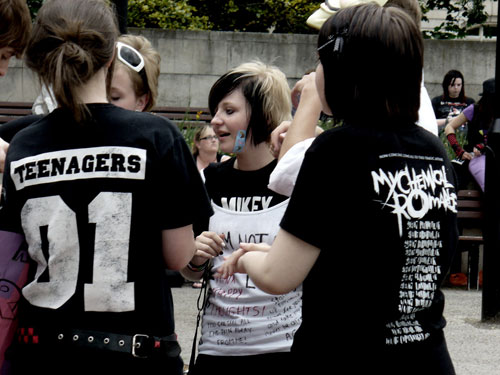 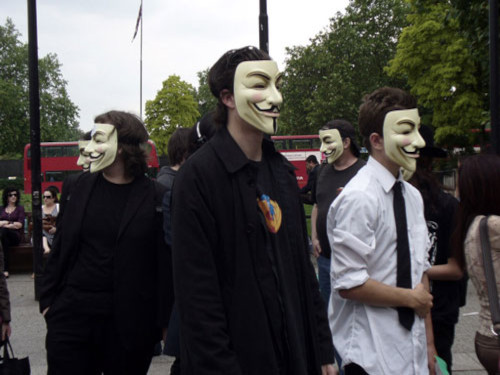 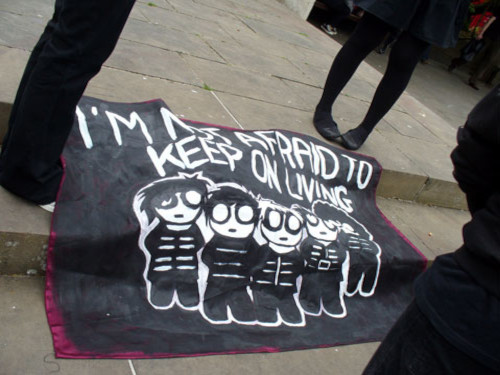 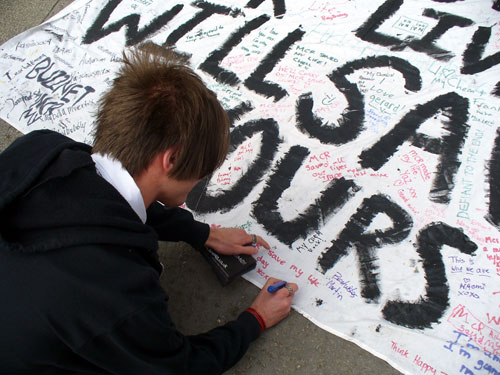 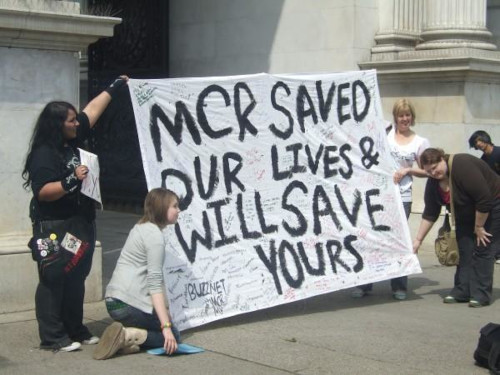 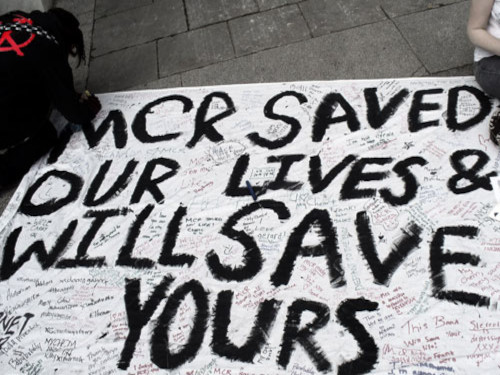 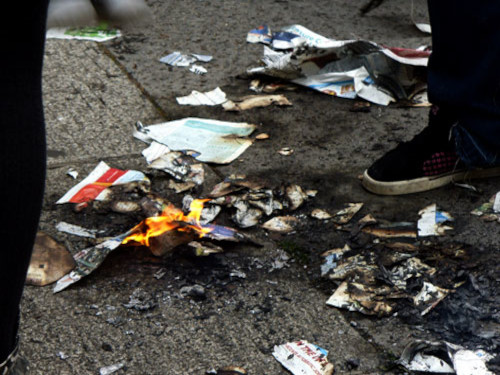 Please add your comments below and view the related forum topics: