People always say be true to yourself. In the ideal situation I’ll be anyone else but me Underachiever, by Noahfinnce

Mostly Rock, Metal, etc. My favorite bands include Bullet For My Valentine, Skillet, Red, The Devil Wears Prada, Green Day, Nickleback, Dead by April, and even some Japanese and Korean bands like Beast and U-KISS. XD

And the occasional David Guetta, Nightcore, and Italo Brothers.

TV: Doctor Who, Torchwood, The Big Bang Theory, Supernatural, and for Movies... My Best Friend's Girl.

The Series of Unfortunate Events, The Maximum Ride Series, The Hush Hush Series, Wolvesbane, and The Homelanders Series.

and Matt Smith... I just love his quirkiness, not just as the Doctor. 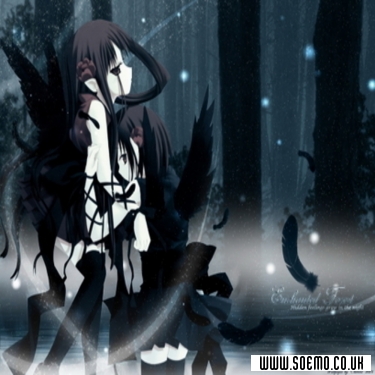 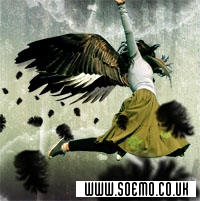 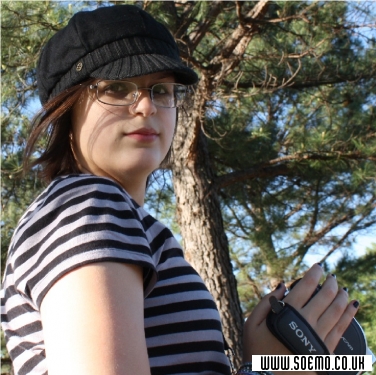 Since I'm now part of the pack but also part of the spirit science group, drama continues to unfold. It seems that no one can continue to be happy. Tori went off on me yesterday and made me feel horrible. I told my friend Rookie about it and vented it ALL to her. She went off on Tori (who's a good friend of her's also) and screamed a few times. Now Tori's pissed at me because of something SHE said and Rookie is also avoiding Mary because of the stuff she went along with while Tori was bitching. Or more or so afterwards. My point:No body can just be happy and accept everyone and their own decisions. It's nothing but a bunch of stupid, immature crap that no one can prevent, ignore, and or fix. I'm tired of all the stress coming along with everything that happens. Deadlines to meet, people to right the wrongs with, stress worrying about how to resolve every little thing wrong in my life that I believe that I can have some effect it (even though it's really pointless.)I just want a break where I can relax and forget about all the horrible things that life throws at me and everyone else. I just need a temporary escape.

It feels like my world that Im living in right now is not mine. it feels like he other universe that reflects the total opposite. a parallel universe. got a bf, got into the pack, the quarter's coming to a close. but everything feels different. my understanding about a lot of things has changed. I feel like that that drink i had a few sips of yesterday is finally starting to kick in but only anger and sadness have surfaced within me. i need to learn some self control but maybe it wouldnt be so bad. i just want everything to work out right. i want everyone happy. but even if everyone else is, will i sacrifice mine. perhaps I WILL have to choose after all.

Last night was an amazing chance and I missed most of it. For those of you who know of Spirit Science on YouTube (watch the link down below if you don't and even if you do.)you might understand what I'm getting at. Last night was a blue moon (which has a bunch of energy with it) and I could of put my crystals outside (where it was also raining) and I could of massively charged them. What a sad thing. (Watch episode 13 to know more about crystals.) So yeah, they just sat on the inside of my window sill. :( Oh well, try again later I guess. But that won't be for nearly over a year from now... LOL

Everything is so complicated now a days. School and grades are eating me alive. People choose silence or harsh words instead of explanations and curtiousness. Rarely have I ever felt this alone before in a crowded room. Thacker's blue hair is starting to ome out but now its just lighter with pieces of bleached hair showing. Its spot like a needs adjusting soon. he's moved on with ANOTHER girlfriend while I'm basicly in a goose chase trying to get my parents' approval of the guy I WANT to date. ( It's kinda mandatory now) If only people didnt hide things so much. I wonder if that would end all the drama between me and Thacker. We came so far but then feel so low... I dont know what to do anymore.

silence is still my only companion as class drags on. Only a robotic answer will shatter the quiet as I withdraw once more. I wish he would speak. I wish he speak to me. My heart is full of a fake hope and I continue to play ignorant. If only ignorance was truly the bliss that they speak about. Got I feel no joy or happiness from this place. I am alone in a crowded room.

His silent glances keep me on edge. Calling then screaming for my eyes to meet his. We're caught, but we make it look casual. We both do this. His mouth says in thing while his body says another. If only his thoughts were as easy to read as his body movements. When though, the intention is still baffling, wonder and doubt fill my mind. And I think: Does he really mean what he says? Or in this case, doesn't say? Which is the truth and which is the lie.

Even though no one speaks, there is an edge in the air, competitive or not. Its a rush in our step. A battle of wits also. Such simple thing cant be done without urgency. There has yet to be a moment of peace. And still not a single word spoken.

Even though no one speaks, there is an edge in the air, competitive or not. Its a rush in our step. A battle of wits also. Such simple thing cant be done without urgency. There has yet to be a moment of peace. And still not a single word spoken.

I want to run. I want to leap and bound over rooftops and clear over fences and through yards. I want to escape and scream. I want to scream at the top of my lungs. To vent to the empty silence mu heart endures. I want to get away. Away, from him.